Many of my contemporaries must have seen the famous classic Hollywood Film called Ben-Hur. That is one film which I cannot forget in my lifetime. Whether it is the awesomeness of the scenes or the performances by the greats like Charlton Heston or even the practical visual effects they have used in the film and throwing a challenge to the world asking to find one error in the film! Remember, those days, you don’t get to see the film frame by frame and look for errors. Of course, lately so many people have found some errors like a watch worn by one of the characters, etc.

But what I am going to talk about here is a very different matter. It is about a particular sequence in the film. And that is the sequence of the War-boat interior the slaves row the massive boat. Each of the massive oars is handled by three hefty musclemen. Like that there are 3 men on either side of the hull interior where no light can enter from outside. All of them are chained to the floor on their ankles.

Purpose of the boat : War
Time : Early 1st Century but extinct with the slavery as we know
Location : Rome
Goal : To row as fast as possible as dictated by the rhythm without losing focus
Reward : Life
Mood : Fear
Method : Torture
Aim : To serve their Master with all their might and help him win the war

Now here is the point. These are the slaves chosen based on their strength. And these boats are the War-boats which are taken for battles in high seas. Under the level of the rowing section, in the lower hull, more slaves are kept to replace the displaced slaves. All are chained and kept. The whole atmosphere of the place is dark and grim.

There is a platform in the front of the row chamber on which there is a huge drum behind which a huge drummer sits with huge drumsticks. He beats he drum based on the command given by the commander who stands beside him. There are two soldiers who walk up and down the aisle monitoring the slaves who are rowing the boat. They carry a massive whip to make sure that none of the slaves slow down or go off-beat to the rhythm that is played by the drummer.

None of the slaves can look outside they have no idea which direction they are rowing and what is there in store for them. They are just forced to do what they are supposed to do without a break till they are thrown out of the ship or till the war ends.

As the drum beat starts picking up, the soldiers keep moving up and down the aisle whipping the ones who slow down. The tempo keep increasing depending on the way war goes on. Those slaves who go weak are whipped mercilessly and the ankle where it is chained gets cut and they reel in pain. And when they fall down exhausted, they are pulled out and thrown out to the rough seas! An immediate replacement is made by bringing another slave from down below. The action goes on…

Purpose of the boat : Earlier war but now a racing sport
Time : Existing since 15th Century AD still going strong
Location : Kerala, India
Goal : To row as fast as possible as per the rhythm and song without losing focus
Reward : Victory Celebrations and Awards
Mood : Enjoyment
Method : Positive and motivation
Aim : To row the boat along with the team with all their might and win the race

There is one rower sitting on the bow of the boat who controls the direction of the boat. He is the one who gets hit first which means he protects rest of the people from any head on collision.

Behind him sit oarsmen on either side of the boat with short oars. Towards the middle of the long boat, there is a wooden platform on which there will be 3-4 people standing who sing a high energy song with great rhythm. One or two of them holds a wooden staff vertically with a thick wooden piece fixed at the bottom. They beat the stick on the wooden platform like a drum to give a rhythm to the oarsmen and the singers.

Behind the 100 plus oarsmen, there are three people standing with very long oars. They stand at different levels depending on the upward curve of the boat. These are the people who hold the boat from falling to any one side. They do that with that large oar dipped into the water. These three people can see the entire ship and the people in it from a height. They also can see far ahead of the ship while the person sitting at the bow only focuses on the immediate front of the boat.

These days, the Snake boat s used as a racing sport and the race starts from a point and races for about 1.5 km. There are multiple tracks like in any athletic event.

The oarsmen row with all their might on the rhythm given by the wood drummers and the inspirational singers. The oarsmen can see all around in the open landscape but they are just focused on their oar and the rhythm. Nothing distracts them. They just play with the team and enjoy the whole thing using their full might. The safety, protection, direction in which they are going and the holding the ship from sinking is taken care by the one person on the bow and the three persons on the tail. The oarsmen have full faith in the four-some with regard to their life and safety. And the foursome has full faith on the oarsmen about their commitment and their focus on the job. They are left alone. The singers and the Rhythm people make sure that they are supported and motivated to the full so that they don’t get distracted with other silly stuff.

A REALITY – NOT PHILOSOPHY 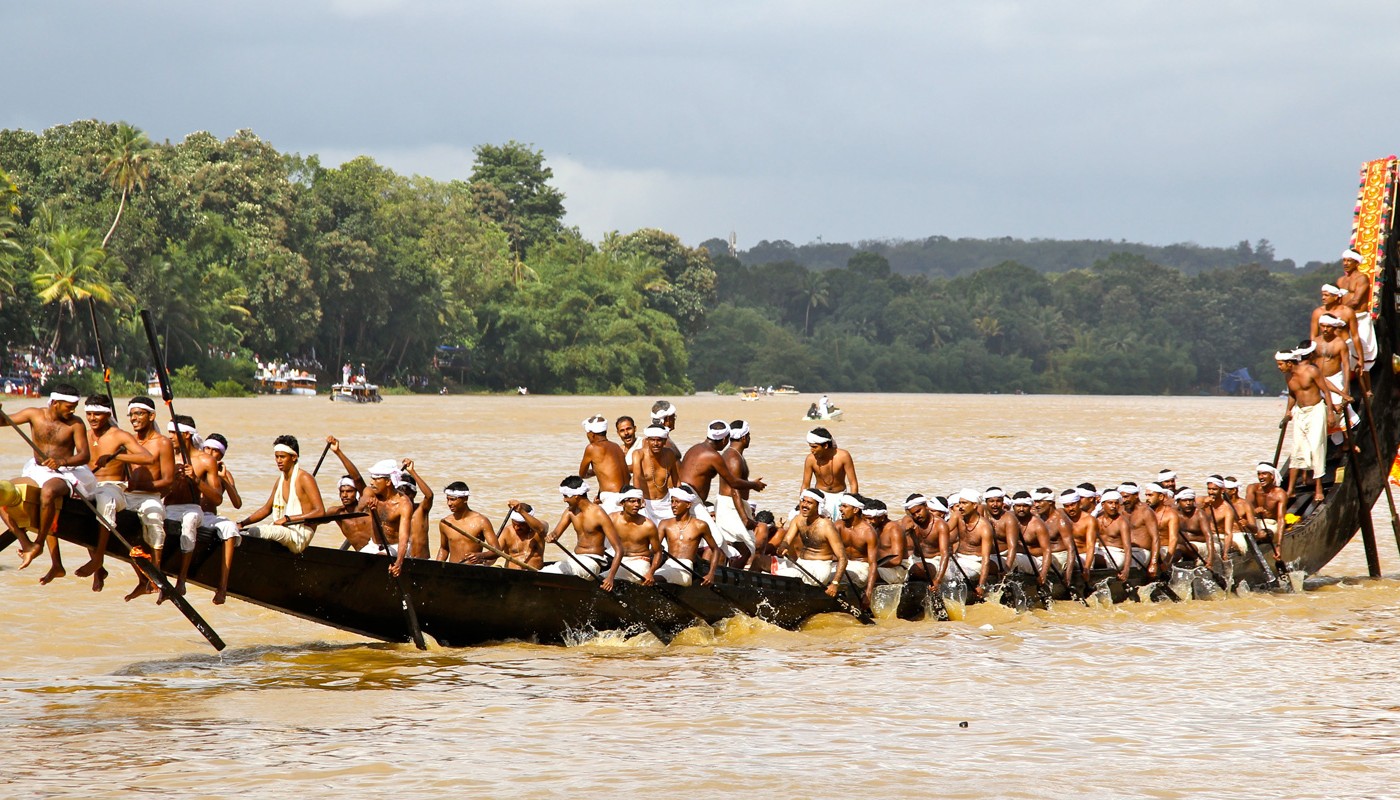 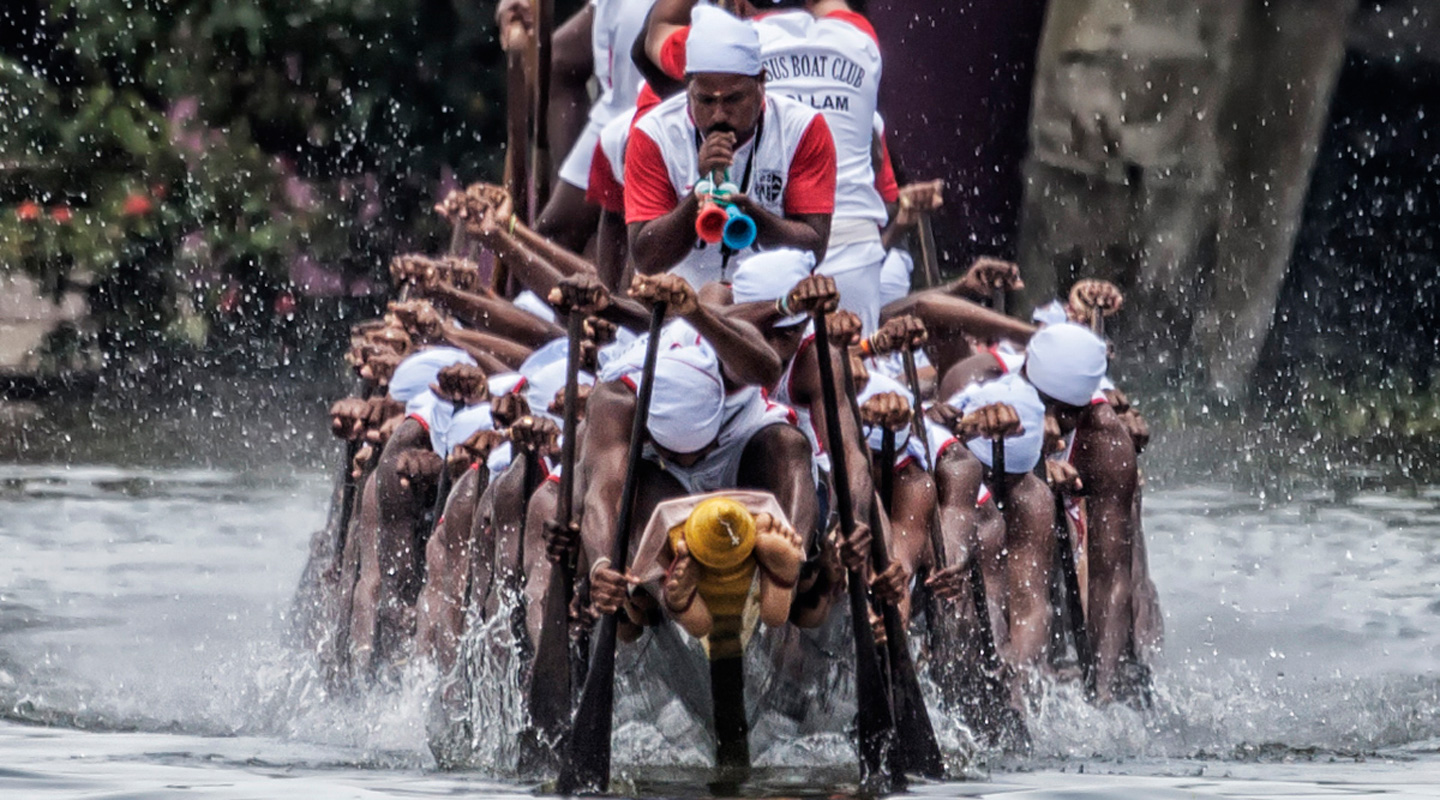 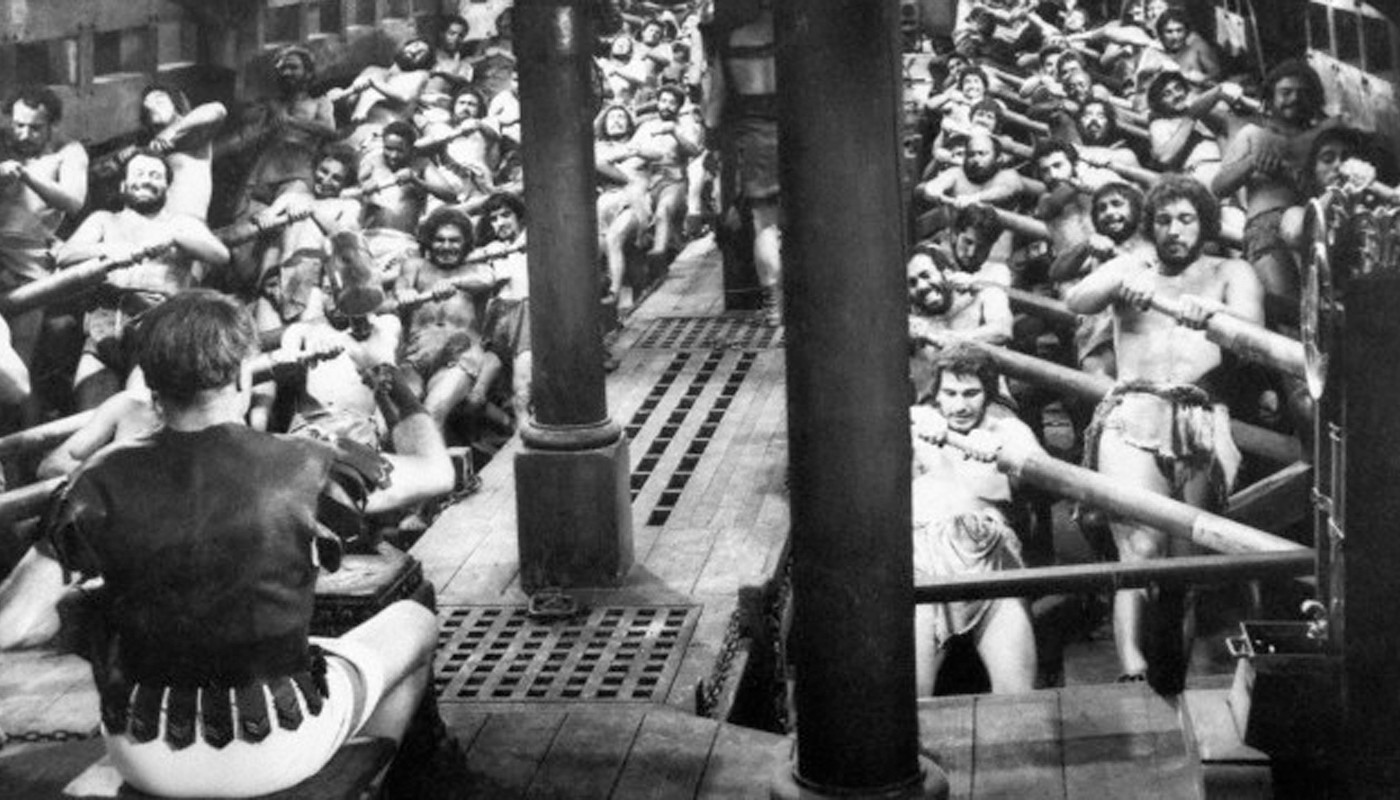