That was the time when I had already performed 4 full-fledged Sanskrit plays in various parts of India. I was noticed by the famous danseuse Ms Mrinalini Sarabhai (incidentally wife of the famous scientist Vikram Sarabhai) and her daughter Mallika Sarabhai, who are the synonyms of Classical and Folk Performing Arts in India. They run the organization called Darpana, the School of Performing Arts on the banks of Sabarmati River in Ahmedabad. They are international personalities but very much rooted to Indian culture.

When they planned for a Koodiyattam performance, they wanted someone who could act and sing in Sanskrit, Prakrit and one native language simultaneously. The story was the Dream Sequence of a rather long Sanskrit Play ‘Swapnavasavadattam’ written by ancient Indian Poet Bhasa in 3rd Century BC. We performed the Swapnankam, 5th Act of the 6 Act play. The character Vasantaka in the play demanded these capabilities and I was a natural choice for them. The problem was that I was not trained Koodiyattam which is the most complex and oldest theatre form existing in this world even today as UNESCO puts it.

Shri Painkulam Narayana Chakyar, an exponent in Koodiyattam was summoned to Ahmedabad for training the actors in Koodiyattam. I am sure it was easier for him to train my co-stars, especially Kottakkal Sasidharan, a Kathakali exponent and a regular international performer. For me it was a huge learning because this art is really tough. The advantage I had was my experience in performing Sanskrit plays which demanded tremendous expertise in acting, voice modulation, singing on stage while acting and also say the dialogues on Sanskrit for hours. Another advantage I had for this Koodiyattam performance was that mine was the only character with the right full costume.

The training went on for months and then the day of the performance came. It was at Tagore Hall in Ahmedabad where I had witnessed the great Mahabharata Trilogy plays directed by Ratan Thiyam from Manipur. On that day I was having fever and I was running 103 degrees just before the performance. Mrinalaini Sarabhai, who is fondly called AMMA (Mother) by all her disciples, came to the back stage hearing about my situation. She held my hands in hers and told “My dear Hari, I also get high fever even these days before every major performance. But at every such instance, the performances were extra-ordinary. So don’t worry. You are going to be alright!”. She simply asked me to meditate for a few minutes and get ready for the performance. I could feel that my fever is fast receding and I got energized very fast. I was ready in a few minutes. And then everything happened. The performance was excellent and AMMA was translating the dialogues to English live for the entire 150 Minutes play. It was an awesome experience. I consider myself very lucky to be a part of such a massive event in the company of such great people.

The same performance was repeated in several stages with great success. It was an experience to be among the greats like Mrinalini & Mallika Sarabhai and performing along with Kathakali master like Kottakkal Sasidharan.

I can never forget those moments. 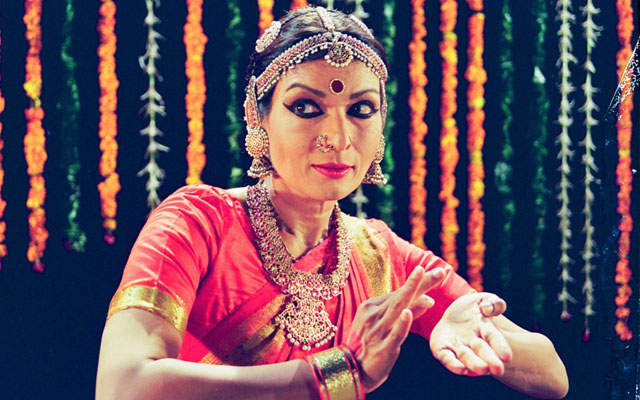 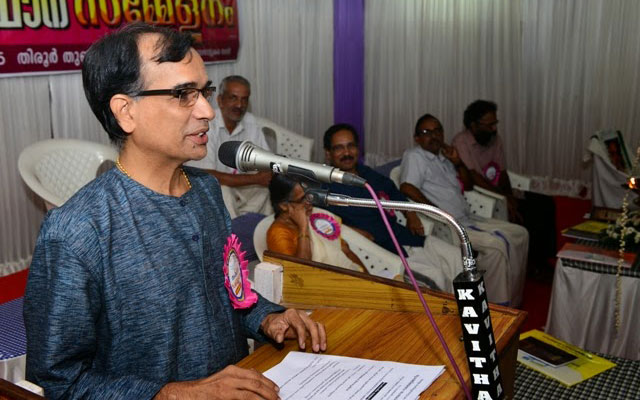